“Contagion” coming to Blu-ray in January

Written by Annie
Comments are off
Films Media Alerts 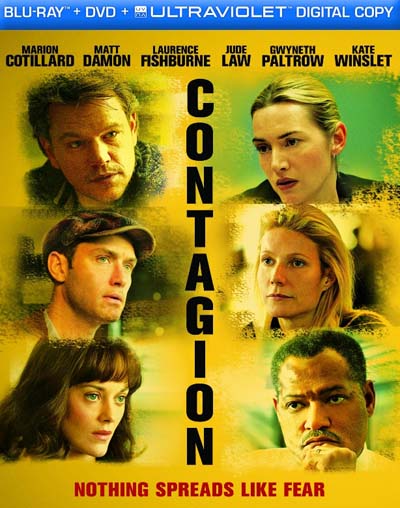 Warner Home Entertainment has announced that the thriller Contagion, starring Matt Damon, Gwyneth Paltrow, Kate Winslet, Marion Cotillard, Laurence Fishburne, Jude Law and John Hawkes, will be released on Blu-ray January 3, 2012. Contagion follows a few individuals as a deadly virus reaches epidemic proportions and starts wiping out millions of people. The film is a great study of human interaction as well as human reaction, and is a fascinating story of man trying to fight against an invisible enemy given to us by director Steven Soderbergh.

I recently watched this film and found it quite disturbing on several levels. It’s a very, very good movie but I would not recommend watching it with or recommending it to anyone who has any degree of germ-a-phobia. I promise you that this will freak them out and you will have to stock up on hand sanitizer and bottled water. With that in mind, definitely give this one a watch because you will not be disappointed. Special Features include three behind-the-scenes featurettes: “Contagion: How a Virus Changes the World”, “The Reality of Contagion” and “The Contagion Detectives”.