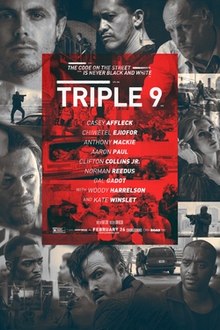 In TRIPLE 9, a crew of dirty cops are blackmailed by the Russian mob to execute a virtually impossible heist. The only way to pull it off is to manufacture a 999, police code for "officer down". Their plan is turned upside down when the unsuspecting rookie they set up to die foils the attack, triggering a breakneck, action-packed finale filled with double-crosses, greed and revenge. 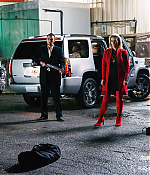 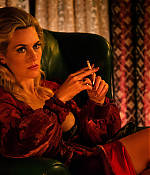 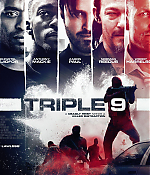 The code on the street is never black and white
A deadly heist needs a killer distraction
Never show mercy to your enemies
Never trust what they tell you
Never walk away from the fight
Never forget what side you’re on
Never let your guard down here
Never turn your back on family
Never deny your code of honor
A code to live for, a code to kill for

Shia LaBeouf was originally cast, but had to drop out. Charlie Hunnam was then cast, but then was later replaced by Casey Affleck.

Christoph Waltz was cast in a role, but dropped out.

Michael B. Jordan was originally cast in the role of Marcus Belmont, but he dropped out due to scheduling conflicts.

Despite being top billed, Norman Reedus has less than ten minutes of screentime.

Cate Blanchett was cast in the role of Irina Vlaslov, but dropped out due to scheduling conflicts.

Chris Pine and Jeff Bridges were attached to the project in the early stages of production.

The police code 999, from which the title derives its name, means urgent help needed/Police officer down.

The Red Band trailer was two minutes and nineteen seconds, which was the original date the film was going to be released, February 19. However, the film release date was pushed back to February 26.

“There is no limit to what desperate men will do when pushed.”