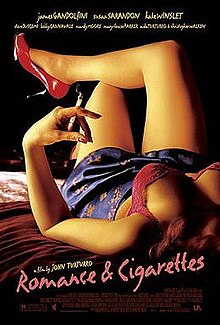 Nick and Kitty Murder are married middle-aged working class New Yorkers. Kitty catches Nick in an indiscretion when she finds a love poem, extolling the virtues of one specific body part, Nick wrote to his mistress, Tula. The poem is the last straw for Kitty regarding their marriage. Kitty has the support of their three grown daughters - biological or other - her cousin Bo, her pastor and others at the church. They help her with among other things finding and thus dealing with Tula, who she does not know, and looking back at if she made a mistake in choosing Nick over her first love. On the other side, Nick turns to his co-worker Angelo, and a local police officer/ex-military man for advice, which he also gets unsolicited from his tough talking mother. Nick still has Tula, a frank-talking Northern English sex shop clerk, who truly loves Nick's body parts as he loves hers. A little emotional distance may provide Nick and Kitty the best perspective of what their future holds. 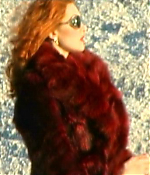 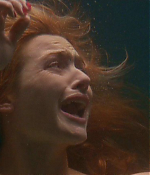 The movie was delayed for almost two years because of James Gandolfini’s commitment to The Sopranos (1999).

Although the film was shown at the Venice Film Festival and had an official release in the UK in 2006, the movie was not released in the US for years. This was mainly due to the fact that MGM was bought by a consortium headed by Sony in 2005, which led to a legal mess of whom, either MGM or Sony has the rights to the movie. In August 2007 director John Turturro decided to distribute the movie with his own money.

During her last week of filming, Kate Winslet twisted her ankle while doing a dance sequence at a hotel suite with James Gandolfini.

According to director John Turturro, Kate Winslet sprained her ankle during filming and therefore couldn’t get on top of James Gandolfini for a sex scene without hurting herself. Instead, Turturro had Winselt bounce on a small exercise ball to simulate sex. She also had two prop guys holding her so she wouldn’t fall.

[to Nick Murder] “G-strings, push-up bras, teddies, garter belts, crotchless pantyhose. Fuck bloomers. That’s what I sell. To rich, tan, bored housewives who take the fat from the ass cheeks and inject it into their lips. You gonna kiss someone’s ass then you should know that that’s what you’re kissing. Personally, I think that kissing’s sexier than shagging, but you’re sucking on chicken fat there. Not that their husbands mind. You know, they’re out buying big homes, buying paintings, going to the fuckin’ opera, taking one up the bum for the queen while the misses are out sticking their fannies in my face. “Does my bum look big in this? Can you see my cellulite?” What they need, these women, is a good old-fashioned horse-fuck. They can buy all the new panties they want, but they get stained, don’t they? Stained panties are part of life no matter how hard you wipe.”

“I think you’re dead sexy. Not at first, then one day I looked up and saw you working with your shirt off and your gut out. That’s a man, I said to meself. A real man. Someone to take me down the pub for a pint. You’re way too old for me, but I figure you only go around once in life. I got, what, 75 years? Don’t get hit by a bus. I want to kiss you, big man. Give you a big sloppy, wet kiss. You won’t tell anyone that? Inch by inch the elephant fucked the ant.”