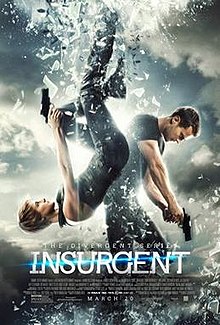 As she searches for allies and answers in the wake of the uprising, Tris and Four are on the run. Being hunted by Jeanine Matthews, the leader of the Erudite faction, Tris and Four will race against time as they try to figure out what Abnegation sacrificed their lives to protect, and why the Erudite leaders will do anything to stop them. Haunted by her past choices but desperate to protect the ones she loves, Tris faces one impossible challenge after another as she unlocks the truth about the past and ultimately the future of her world. 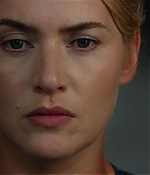 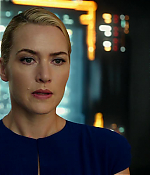 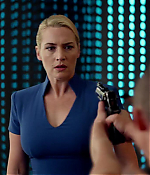 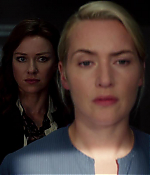 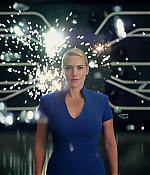 One Choice Can Destroy You

This is the first sequel Kate Winslet has ever done.

Unlike the first film, Insurgent is a very loose adaptation of Veronica Roth’s novel, which contains a vastly different plot.

Neil Burger was meant to direct this film, but couldn’t due to scheduling conflicts with post-production on Divergent (2014).

Second collaboration between Kate Winslet and Naomi Watts, the first being Movie 43 (2013).

In one draft of the script, the film’s final scene involved Tris shooting Jeanine in the back of the head. This ending was shot, but was deemed “too dark” for a PG-13 rating and the studio ultimately feared that audiences wouldn’t respond well to the film’s lead shooting an unarmed character in cold blood. Ultimately, the director decided that it would be better if Evelyn shot her instead, symbolically having one villain swapped out for another.

In the movie there’s a box with a message that only Divergents can open. In the book there’s no box, instead the message is found on Jeanine’s computer, which is hard to access.

In the film, Evelyn shoots Jeanine in the head at the end. However, in the book it is Tori who kills Jeanine by stabbing her.

The movie starts and ends with Kate Winslet.

[last lines]
Jeanine : It’s been over 200 years. Who knows what’s out there?
Evelyn : You’ll never find out.
[shoots her]

Tris : Stop the suicides or I swear I will shoot him.
[Holds gun up to Peter]
Jeanine : That’s okay. You can kill him if you want. We have plenty of guards.
Peter : What?

Jeanine : Do you honestly think the other factions will stand for this?
Evelyn : Because you’re so popular?

Jeanine : Remarkable. Chances of it being you, of all people. Nearly defies the laws of probability.
Tris : As remarkable as the amount of people you’ve managed to murder.
Jeanine : Dark times call for extreme measures. You may find it hard to believe, but I am serving the greater good.

[first lines]
Jeanine : Peace. Long ago, before the Founders established this great city of ours, that word was all but meaningless. An ideal as elusive as a dream. Now, 200 years later, we are, all of us, living proof that peace is indeed attainable. The reason for this is, of course, our Faction System. Erudite, Dauntless, Amity, Candor, Abnegation. In dividing people according to personality and aptitude, we’ve created a society in which each faction plays a critical role in maintaining the social order. But this harmony we achieved is now under attack from a small but extremely dangerous group of individuals. We call them Divergents. They are, in essence, the worst of what humanity used to be. Rebellious, defiant, and uncontrollable.

Jeanine : We are all that is left of humanity. The vast wall that encloses this city may protect us from our toxic surroundings, but it is up to us to confront any element that could poison us from within. Because, when you are civilizations last hope, peace is not merely an ideal. It is an obligation. And it is up to all of us to take a stand against its one true enemy, Divergents.