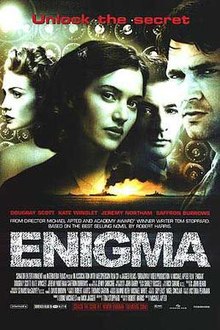 During the heart of World War II, in March of 1943, cryptoanalysts at Britain's code-breaking center have discovered to their horror that Nazi U-boats have changed their Enigma Code. Authorities enlist the help of a brilliant young man named Tom Jericho to help them break the code again. The possibility of a spy within the British code-breakers' ranks looms and Tom's love, Claire, has disappeared. To solve the mysteries, Tom recruits Claire's best friend, Hester Wallace. In investigating Claire's personal life, the pair discovers personal and international betrayals. 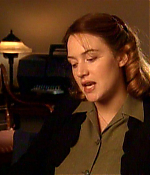 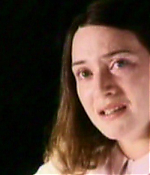 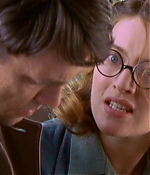 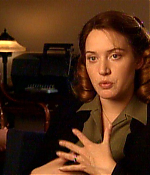 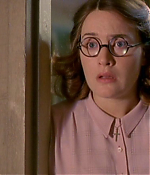 When Hester Wallace decodes the long list of Polish names the camera zooms in on the name “Zygalski”. Henryk Zygalski was a Polish mathematician who helped to break Enigma.

Kate Winslet was pregnant with her daughter during the filming of this movie, so the schedule was arranged around that, and at the end of the movie when her character is pregnant, she didn’t need a prosthetic.

Kate Winslet came under criticism from some of the surviving women who served at Bletchley Park during the war because of her dowdy clothes and appearance. The women insisted that even though the country was at war and rationing was the order of the day, they always dressed as best as they could and always maintained a refined appearance. Winslet’s only comment about this criticism was that she had no input on how her character looked; that was all down to costume designer Shirley Russell.

Hester Wallace adjusts her spectacles 16 separate times throughout the movie.

“Do you know, without my glasses, nor do you?”

“You’re not the one with the Kestrel intercepts stuffed down your knickers.”

“I seem to move in an endless circle, Mr. Jericho, from one patronizing male to another, always telling me what I am and am not allowed to know. Well, that ends here.”