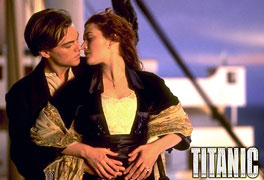 Talking to USA Today, director James Cameron confirmed the target date for a 3D version of his record-breaking epic Titanic.

“We’re targeting spring of 2012 for the release, which is the 100 year anniversary of the sailing of the ship.”

Titanic is a 1997 American disaster/romantic/drama film directed, written, co-produced, and co-edited by James Cameron about the sinking of the RMS Titanic. It stars Leonardo DiCaprio as Jack Dawson and Kate Winslet as Rose DeWitt Bukater, two members of different social classes who fall in love aboard the ill-fated maiden voyage of the ship. The main characters and the central love story are fictional, but some characters are based on historical figures.